Meet Inspiring Speakers and Experts at our 1000+ Global Events inclusive of 300+ Conferences, 500+ Workshops and 200+ Symposiums Every year on Medical, Pharma, Engineering, Science, Technology and Business.

We invite lung expertise, researchers, professors, scientific communities, therapists, students, business professionals and executives to attend the International Conference and Exhibition on Lung Disorders & Therapeutics, which is to be held on July 13-15, 2015 at DoubleTree by Hilton, Baltimore, USA. The conference will be organized around the theme “Optimizing research strategies for breakthrough innovations in Lung disorders treatment”.

This conference will encourage innovative ideas and advanced diagnostic approaches towards the lung disease. It will share recent advancements and knowledge share about the lung disorders and treatment strategies. The participant companies can display their product to gain the networks and to promote their upcoming new strategies for the future era.

Lung 2015 Conference aims at gathering the audience from all the major parts of the World with a goal to enhance the scientific knowledge by exploring the latest advancements in the related conference field area. The conference will include explicit keynote and plenary sessions delivered by the distinguished researchers, scientists and honorary lecturers working in the field of pulmonary research & therapeutics. Lung 2015 will encourage the participation of the eminent professors, researchers and students in all areas of lung disorder & therapeutics and will provide an international forum for the dissemination of original research results, new ideas and practical development experiences concentrating on the scientific development.

Major Lung Disorders include asthma, which will cause a condition where the airways are persistently inflamed, and may occasionally spasm, causing wheezing and shortness of breath. Allergies, Chronic obstructive pulmonary disease (COPD): Lung conditions defined by an inability to exhale normally, which causes difficulty breathing. Emphysema: Lung damage allows air to be trapped in the lungs in this form of COPD. Difficulty blowing air out is its hallmark. Cystic fibrosis: A genetic condition causing poor clearance of mucus from the bronchi. The accumulated mucus results in repeated lung infections. Acute bronchitis: A sudden infection of the airways, usually by a virus. Sleep problems also one of lung disorder.

Pulmonary Tuberculosis (in the lungs) is contagious. It spreads when a person who has active tuberculosis symptom and causes breathes out air that has the TB bacteria in it and then another person breathes in the bacteria from the air. An infected person releases even more bacteria when he or she does things like cough or laugh. We can cure pulmonary tuberculosis through diagnostics and treatment also control Vaccination and Control

Pneumonia is an inflammatory condition of the lung affecting primarily the microscopic air sacs known as alveoli. It is usually caused by infection with viruses or bacteria and less commonly other microorganisms, certain drugs and other conditions such as autoimmune diseases. People with infectious pneumonia often have a productive cough, fever accompanied by shaking chills, shortness of breath, sharp or stabbing chest pain during deep breaths, and an increased rate of Giving treatment precautions and care one of the method for pneumonia. Using Vaccination we can Control

Lung Cancer and Treatment Strategies Treatment of lung cancer refers to the use of medical therapies, such as surgery, radiation, chemotherapy, and palliative care, in an attempt to cure or lessen the adverse impact of malignant neoplasms originating in lung tissue.  If lung cancer is suspected as a result of a screening procedure, a small piece of tissue from the lung must be examined under a microscope to look for cancer cells. Called a biopsy, this procedure can be performed in different ways. In some cases, the doctor passes a needle through the skin into the lungs to remove a small piece of tissue; this procedure is often called a needle biopsy. National Cancer Institute’s list of comprehensive cancer centers. The NCI recognizes certain cancer centers as NCI-designated Cancer Centers or NCI comprehensive Cancer Centers. An institution that has earned the distinction of being a NCI Cancer Center or a NCI Comprehensive Cancer Center meets the highest standards of care, research, and treatment.

Respiratory Tract and Associated Defense Mechanisms Airway" redirects here. For an aerial route taken by airplanes, see Airway (aviation). For other uses, see Airway (disambiguation)In humans, the respiratory tract is the part of the anatomy involved with the process of respiration. Breathing is a process of getting oxygen into the lungs and carbon dioxide out of the lungs.  Respiration is a process of acquiring energy from the breakdown of glucose in living cells. Alveolar Sacs are tiny ducts that connect the respiratory bronchioles to alveolar sacs, each of which contains a collection of alveoli (small mucus-lined pouches made of flattened epithelial cells).

X-Ray and Echocardiogram are advanced techniques to diagnose and identify lung cancer. Pulmonary Function Testing (PFT) is another test to detect lung cancer symptoms. This is a medical procedure involving internal examination, biopsy, and/or resection of disease or masses within the pleural cavity and thoracic cavity Thoracoscopy may be performed either under general anaesthesia or under sedation with local anesthetic. Surgical biopsy was the standard way to diagnose lung cancer. Wearing appropriate masks and monitoring exposure to irritants in certain work environments (for example, mining and jobs that involve working with asbestos or metal dusts) are important precautions to take. COPD follows a progressive course causing death either from respiratory failure or complications from its associated diseases, which include coronary artery disease, lung cancer, and stroke, smoking cessation (colloquially quitting smoking) is the process of discontinuing tobacco smoking. Tobacco contains nicotine, which is addictive, making the process of quitting often very prolonged and difficult we can control through vaccination and prevention cure.

Digital Cancer Pathology: The development of small molecule inhibitors of growth factor receptors, and the discovery of somatic mutations of the tyrosine kinase domain, has resulted in new paradigms for cancer therapy. Digital microscopy is an important tool for surgical pathologists. Clinical biomarkers are measurable indicator of the severity or presence of some disease state. More generally a biomarker is anything that can be used as an indicator of a particular disease state or some other physiological state of an organism. Genetic Defects disorders may or may not be heritable, i.e., passed down from the parents' genes. In non-heritable genetic disorders, defects may be caused by new mutations or changes to the DNA. In such cases, the defect will only be heritable if it occurs in the germ line. The same disease, such as some forms of cancer, may be caused by an inherited genetic condition in some people, by new mutations in other people.

To Collaborate Scientific Professionals around the World

All accepted abstracts will be published in respective Our International Journals.

Abstracts will be provided with Digital Object Identifier by 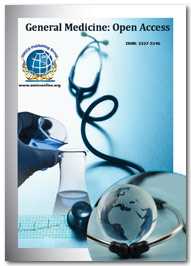